Home - Accessories - The Best Mittens Made from Recycled Materials

The Best Mittens Made from Recycled Materials

51
DISCLAIMER: We use affiliate links on some products and sometimes receive a small commission on purchases.
This does not increase the price for you and helps us continue to run this blog. Thanks for your support!
Contents show
The 10 best makers of Bernie Mittens recycled sweater mitten makers on Etsy
Squirrels Attic
Sew Katie Co
The Artful Mitten
Sugar Creek Mittens
Sewing At Ten
Moose Mountain Mittens
Golden Hands Design
Cristine’s Mittens
For My Darling
Sew Happy One 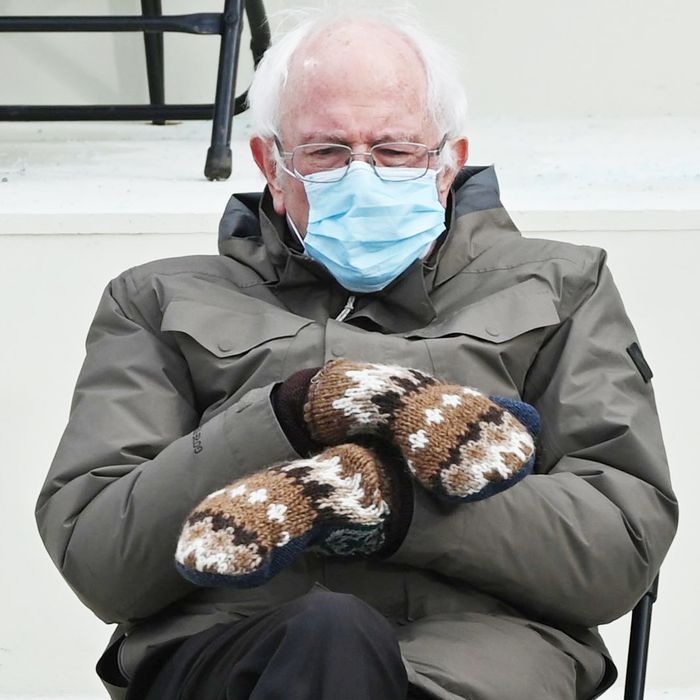 Bernie Mittens have completely taken over the internet – at least temporarily.

The reason for Bernie’s recent meme-god fame and notoriety is not a result of his political ideology.  This, in spite of the fact that he was tweeting about the need for Healthcare for All and a national $15 per hour minimum wage throughout the inauguration ceremony.

The stars of the show were “Bernie Mittens”. Mittens made of recycled sweaters and plastic PET bottles, also known as “Smittens” or “Swittens” – part mittens, part sweater.

The statement made by the gloves made from recycled materials captured the hearts and imagination of the world.

These mittens represent the core ideas and values that we hold dear at Fair Trade Finder – sustainable fashion, circular design and support of local business and artists.

We have written extensively on similar topics, such as the top sustainable clothings brands and the best vegan sneakers.

Bernie is an outspoken champion of blue collar, working class people and is also one of the green new deal’s biggest proponents.

He was gifted the mittens five years ago by a local Vermont school teacher named Jen Ellis, and started wearing them about 2 years ago when he returned to the presidential campaign trail.

Ellis, a second grade teacher from Essex Junction Vermont, handcrafts the gloves out of repurposed wool sweaters, with lining made from recycled plastic bottles.

She has received thousands of requests for the gloves since the inauguration, after people found an old Tweet she made over a year ago saying that she had extra inventory.

Sadly, Ellis is completely out of stock of the sweater mittens and does not plan to make more.  However, there are a number of awesome Smitten and Switten makers on Etsy that we will highlight below. 10+ Brands That Create Hoodies Made From Recycled Materials

Sustainable Blankets Made From Recycled Materials

Is the Rumpl Original Puffy Blanket Worth It?

What are the Best Rumpl Blankets? We use cookies to customize content and give you the best experience possible. If you continue to use our site, we'll assume that you're happy with it. :)
Do not sell my personal information.
Cookie SettingsAccept
Manage consent

This website uses cookies to improve your experience while you navigate through the website. Out of these, the cookies that are categorized as necessary are stored on your browser as they are essential for the working of basic functionalities of the website. We also use third-party cookies that help us analyze and understand how you use this website. These cookies will be stored in your browser only with your consent. You also have the option to opt-out of these cookies. But opting out of some of these cookies may affect your browsing experience.
Necessary Always Enabled
Necessary cookies are absolutely essential for the website to function properly. This category only includes cookies that ensures basic functionalities and security features of the website. These cookies do not store any personal information.
Non-necessary
Any cookies that may not be particularly necessary for the website to function and is used specifically to collect user personal data via analytics, ads, other embedded contents are termed as non-necessary cookies. It is mandatory to procure user consent prior to running these cookies on your website.
SAVE & ACCEPT